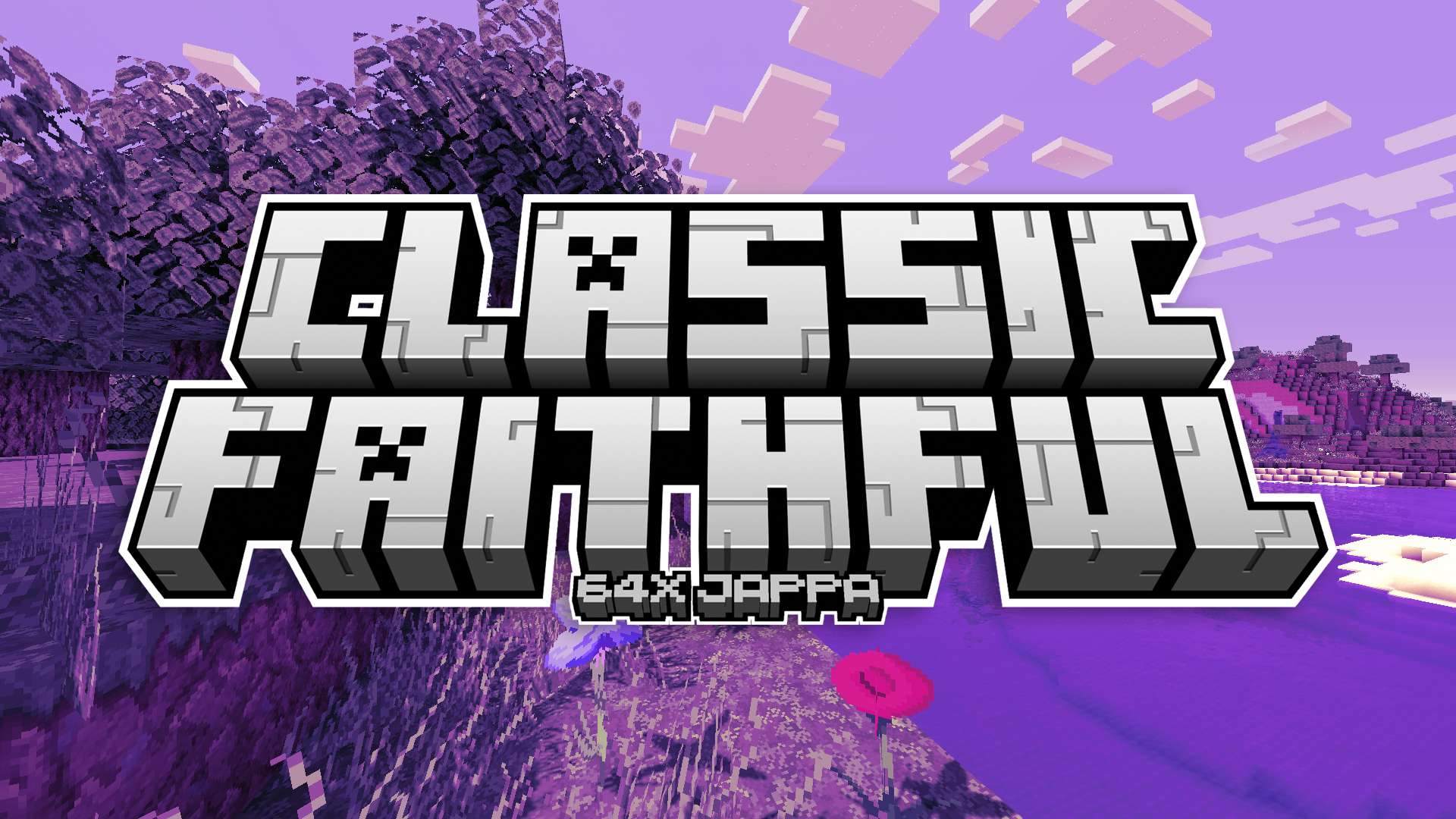 The 64x part in the Classic Faithful lineup, aiming to bring back the original painted look of Vattic's Faithful pack.

Initially part of the “Emulated Vattic Textures” project, or “EM” for short, this pack was designed to upscale textures to 64x resolution using the stylistic direction of Vattic's original Faithful, to match its look and feel but in a higher resolution. While using textures made for HiTeeN's Faithful 64x (one of the first F64 projects which got discontinued years ago due to a number of factors) early on in its development, it was also inspired by a number of other long discontinued Faithful 64x projects such as Affinite's Faithful and Jea Traditional. Another actively developed Faithful 64x, created more recently, was also based on a very different set of principles, and as a result had a very different look and feel compared to Vattic's original Faithful. This left some people wondering about what happened to the classic, “painted” look.

Now, this “painted” look is back, in 64x and with the new Minecraft textures.

[NOTE: Only the latest version for Minecraft Java Edition is supported currently. The pack is also not entirely completed so there will be missing textures]

Start a discussion in our Discord!